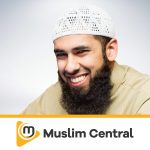 number one, some points we can take number one, as we already mentioned when we said a Santa Monica you wouldn't be

that the tsunami sent on the Prophet reaches him. So just like you're feeling that I am sending saliva and the profits returning my son to me when you say that part of the show and feel the same thing when you say this guy, this is the whole thing has to do.

So that's number one. Number two, the bus is gonna set in a heartbeat is recording there was not enough document and it hasn't had he says, ma'am in abdon you sold me la la sala de la Hillman he HCA Madame de la danika Jaco. He says that so long as you pray upon me, there is an angel praying for you.

So now when you're seeing this job, you know that it's reaching the promised land. And you also know that there is an angel also praying for you. So again, increases our mu, we were like, wow, there's an angel praying for me at this position of prayer. That's awesome. So that's number two. Number three. What's interesting, what we learn about this from this is who is the standard here?

Who is the standard?

We're seeing all of a sudden blessings and prayers upon the Prophet Mohammed as I said them, just like you did Ibrahim. So that teaches the status of the Buddha.

And he is considered by the undermine the second greatest profit after my Amazon seller. We know what's interesting in a narration whose salaries to them he tells the last panel to add, he says, Oh Allah, I have seen that you have praised Ibrahim that is happening in your books.

I've seen that you frequently praised them. So by what virtue? Did they earn the blessing of being praised in your books?

So Ulsan a review of the Ibrahima azimuthally salaam. She's aspray Brahim.

What were the characters we bought on him that caused him to be praised in the books of Allah? He says Asbury, but on him he was never given a choice between two things, except he chose me.

What does that mean? Let's see what he bit.

bomb was tested by Alice Montana, he completed all the tests he was told, leave your wife and child in the desert where there's no food or water. He said I will do it. He was told to slaughter his son. He did it. No. What's interesting is it's kind of if you just look at it from a rational perspective, is it rational to slaughter your son?

No. Is it rational to leave your wife and child in the middle of a desert?

But why didn't you do it?

Because Allah told him to do it. And when a law tells us something,

we listen and we obey.

So what's interesting now is use find this again, this plague in the Muslim Ummah, people are rationalizing everything. You know what,

in this day and age 2012 I can never afford a BMW except if I take the interest loan, that to pay interest on the car. You know, Allah wants ease for us. You need to let her become a nuisance. What are you eating? difficulty? mashing

You know, and this is an amasty. y prime is a big problem with the sisters. Everybody seems to be Java's culture. I'm more just came from a culture, which I was the commander of Allah, but its culture. So yeah.

irrational, to pray five times a day or to slaughter your son.

He listened. But do we listen? What's more, right? What's more easier to understand, to wear a job or to leave your wife and child in the middle of a desert?

But we believe Abraham did everything he submitted to Allah. But yeah, when it comes to airlines, we don't apply the same, same standard. I'm going to rationalize everything I want to say everything is No, I never thought I'd be saying if the religion was based on rationalization, then when it comes to wiping move for will do what he says, at the bottom of our feet, because that was 30. But what did he do? He worked the top so we like the top.

One more, one more point. Well, a couple more points, we'll end and we'll move on is

nobody even look at he goes, he says, he asked me to sort of look, how much can I do? Let him in salary, how much of my day he will use the word center? How much means? How much of my garage? Should I send blessings upon you? Let's say he's gonna make God for 10 minutes. How long should I make easy? Should I make a quarter of it upon you like two and a half minutes? And he says, Do whatever you want. But if you increase it, it's better for you. He says, What about half? He says, Do whatever you want. But if you increase, it's better for you. What about two thirds, six minutes and 40 seconds out of 10 minutes, I'm spending making too hot for you.

It's only 33% for myself, since President says,

If you want go ahead and do that, but if you increase it, it's better for you. So then he said,

I just make all of my job, a salon, and maybe we send saliva on the boss, I send him because if you do that He then took the handbook or your book, if you do that, Allah will take care of all of your concerns, and all of your sins will be forgiven. spamela. So let me spend some time on the proper but this has a lot of power. Don't underestimate this part. Now we learn the etiquette to be praised. We praise Allah, then we send him on the profit. Then we ask Allah whatever we want to ask, if it was rude, he says that I was praying in the presence of the Prophet. And I said to him, instead of me, then you must have told me when I did that, he told me he told me.

He said, Ask and you shall be given asked and you shall be given half since I hate the books remember too many. So what does that mean brothers and sisters, as I mentioned that you know that this part is like a cherry on top. This is the part where Allah gives us the opportunity before we end this beautiful journey of where we've talked to Allah, we've asked a lot everything before you leave this prayer. Allah is giving you the opportunity before you end. One more time, asked me whatever you want, I will give it to you.

Specifically, there is one glad that wasn't obvious to me. And this is in your handouts. One before he say to Steve before he thinks that I'm out of the out of Santa Rosa. I'm sad to say

he says you know it's time minute Billahi min min Alba. He says seek refuge in Allah from four things Allah Khomeini I will be coming.

of Allah we should make this job and say you're Muslim. Now the question begs to be asked

fit the of life in some of the trial of Hellfire and the punishment of the grave. But what about the john Why do we say Missy and the john and every single prayer We seek refuge in a lot from this, this this trial.

The problems he said that there is no prophet who was ever sent to his nation except that he talked to them about the journey.

every prophet in the history of the world.

The books that I've said that there will come a time when you when you do not hear the job being spoken about from the member.

you know this happens at one time the Prophet talks about the judges so much that we thought he was outside of Medina trying to come in.

But nowadays, what was given about the jail you know what happen

people will go to the Imam after

She's really the jack of all things you can talk the topic is me the john.

The person who said this is serious. He says the one when the time comes when he's not spoken about on the on the member, the know is coming is imminent. We are at that time you never hear about the jump.

But this was seriously that the pumps that it sees is so serious that he'll come at a time of drowns. So they'll be no food or water and he will come out of the sky to rain and it will rain. You will command the earth to bring forth its fruits, it will bring forth its fruits, a man will come to Him. And He will tell him believe in me, he will say no, you say okay, fine, I'm going to resurrect your parents. And he will agenda will come in the form of his father and mother who have died already and say, Oh, my son or my daughter, follow Him we have died and found that he is the true God, one of the fitna, you see your own mother and father who has already died and they're telling

Now, is there any reflection on this now the only thing I've been able to learn is from my teacher, he said that one of my teachers should have the Muslim who's our teacher.

Do you think this panel as they say, in the terminal. So now you know, we talked about this amazing journey of Salah Isn't it amazing? Like it's if we can internalize these things, our lives would be different. It's like now you're seeing it's