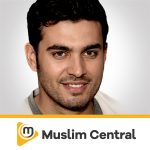 Bismillah Ar Rahman Rahim. Let's go back to basics. In order to have a peaceful mind, any Muslim will probably not feel at peace unless he's praying his Salah as he is meant to. And how can we make Salah something that we love to do rather than feeling like a chore.

The prize in life is how you live your life. The moments that you live from day to day, feeling fulfilled and content, the likelihood is you were taught to do Salah as a child. And as we can remember from the first series, as a child, it was your knifes mostly in control. your intellect was developing, but your heart was still in its early learning steps. your true self and your true character was not fully formed, it was difficult for you to immerse yourself in anything with greater meaning. And instead, you were rightly schooled in how to go about the basics, without necessarily having as much insight as you would like. The good news is when you apply yourself to

the insight of Salah, you will find it becomes enjoyable, and that it gives back to you a lot more than what you put in.

There is a popular figure quoted of it taking roughly 10,000 hours to become an expert at something whilst as a cognitive neuroscientist, I find that a little bit too simple, but we can run with it. And if we were to add up the amount of Salah that you would pray per day, one and a half hours, then it would take you roughly 18 years to become expert in Salah

18 years is a long time. And that's assuming that you are truly training insula all the time as a true expert might. But we know fully that we're taught in the early stages and then we're left to it. So this is what I want to really address. The true expert in something is so immersed in the subject that he finds himself in a state of flow. He finds himself almost virtuously addicted to a good Act. The Act doesn't feel like an imposition, every second spent in the act feels more enjoyable and more revealing, as if it's giving you a greater depth of enjoyment every time you do it. Wouldn't that be a wonderful thing?

There's no way we could possibly lose. How do we make that happen? Let's think about other things in life that we find hard to give up and enjoyable. Let's think about holidays retreats, these things have a sense of escape rejuvenation. Some people go off on holidays, to pamper themselves to get spoiled to restore their bodies and minds. These things are not compulsory. But imagine that they were imagine you had a religion that demanded that you take holidays every week, what an indulgent religion that would be that was so full of wonderful obligations, to give yourself sanctuary relief holiday on such a regular basis.

And here's the magical thing about Salah for those who truly enjoy it, and we're truly immersed in it. This is exactly what Salah does. It strikes me that we've confused the fact that it's mandatory with the fact that we have to do it out of a sense of obligation, and that we're mostly doing it to please Allah and that we get little out from it except to make sure that he doesn't punish us knows a biller, and people need to admit that in themselves, if not to others. How can we turn it into this sanctuary, this serially enjoyable event, what I do is to marry the medicine and the science with the religion. So I've turned to both to get some clues as to how we can train ourselves to

become more immersed in Salah to the point where we're really deeply into it and we find it hard to give up. From the religious side. We discover that when the heart and the nuts are in alignment, you have the most powerful combination of all there are names given to this process. And in fact, Mufti mink was telling me the other day, there's a process called Zagato nuts, which refers not to giving money to the poor but to a cleaning process of the soul. Sufi teachings talk about the Jihad enough's, which is the constant struggle we have to master the good sides the helpful sides of enough's and taking the knifes to a point of movement in a state of peaceful serenity, and beyond.

All of these things are available for us insula will try to make a checklist of things, a number of steps that we can take, that slowly bring us to this point, meditative state, which is the highest state of Salah you become from among those who reflect, we can aim to become from among the people who enjoy this allow so much that it becomes hard to drag them away from it. It's a very peaceful, highly achieved state of being those people who seem to soar above difficulties in life, in medicine, the reward systems are what's involved in what's forming a habit and all those

It's a very complex area, there are three basic reward systems. The first is the hedonistic pleasure system mediated by dopamine. And these parts of the brain, something like a sugary sweet, a beautiful sight, a beautiful smell.

And it's also unfortunately the place which gets activated when people become negatively addicted to things such as gambling or alcohol, you get a hit from something, and afterwards you feel a low, and you'll feel compelled to repeat that something. But it's originally designed to keep you close to things which bring you moments of joy. Many people report these moments when they smell something nice. or indeed, when they witness something beautiful, like something in nature, a state of or you might remember it being particularly strong The first time you saw the caliber. Secondly, we have the habitual reward system, there are more to do with making your life and your mind more efficient

for predictability, efficiency and steadiness of repeated reward. Forget the technical side. The point is this in this habitual reward system, you get to a point where you repeat something because you have a deep enjoyment for it. We get these sort of states in nature, for example, from nurturing our young, which is why we get up and nurture our young despite losing sleep, because the overall benefit and drive for madness to look after the child outweighs our love for sleep. We also get the same sense from when we are loyal to people who we love. we overlook their faults, but we prefer the loyalty because it marries up both the heart and enough's. It's better to be loyal and keep people

close. And it might also be why we put an effort to things that are otherwise demanding and potentially painful. A man will happily break his back building his house, because he's driven to create a place of safety nurturance and protection.

The third reward system is a negative reward system, which is when we develop habits to avoid a punishment or avoid a fear. It's modulated by serotonin. For example, when we have a habit of checking or making sure that something is okay, a lot of people who have worse worse or obsessive tendencies or anxiety, repeat doing something because they fear they might get it wrong, that they'll be punished or something bad will happen if they don't repeat it. This first video was describing the theory. And the next video will be about the practice a concrete list of ways in which we can immerse ourselves in Salah.

At the moment, I'm working on an app, I've got the books out, but I'm trying to increase subscribership here. inshallah, if we get enough money in support, we can get the app funded, and inshallah we'll reach a point where all the books or future publications can be free of charge. And I hope that you can join me on this mission, spread the word, enjoy this material, and I hope you can make the most of it.

The reason I'm describing the background is because it is important to understand where we're coming from and what buttons were pressing in our mind, so to speak. It's essential to mental wealth, to have both the knowledge and the practice then you become from among those who reflect and who act on their reflections. And I look forward to making the next video for you in sha Allah wa Salaam