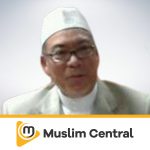 allows for handler season 104 and this last one Rahimi Surah Nisa, two four surah and the fourth verse

to Nisa, asado RT Hyndman Allah, Allah, Allah says, and give your ladies your women folk, the dour as a gift.

Now you'd have seen that we've changed the timing of the screening. It's because it's summer and everybody's out during the day so I thought let's maybe make it late in the day to give people an opportunity Charla to go out for the day and to come back and then to listen in Charlotte English to the lecture. So allow Sargon in this talks about the Dow or the Dow theory in the last five minutes is give it to them as a free gift.