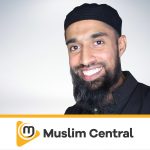 This is the 24th supplication in our series as found in Surat At-Taubah.

Salam aleikum wa rahmatullah law brothers and sisters Welcome to onyx applications. Today we will be looking at surah doba i a 129 b Ethan Allah We ask Allah subhana wa Taala with His permission and his mercy. This law if you remember, we talked about abou de la la the Allahu Allah on ours he narrated that he heard the Prophet sallallahu alayhi wa sallam speak about the person who reads today's do us seven times after fudger and seven times after Maverick you remember that narration now let's break down this two are just as important as the last hour we did Robin Allah to zil guru Bana. This one today I want you to memorize it and keep it part of the daily repertoire. be

satisfied. Be content with Allah subhana wa Tada. So let's try it together.

was what can I do? What can I do? I lay he does what he can do. Now counted off on your fingers. Were who were separate the wow and sometimes I hear wah wah wah where the wow and the high touch tried to say, well hoo wah wah hoo wah wah wah boom. Our Shin alim. That last part little bit heavy on the mouth. So try it with me say we're Hua or Rob bull. rah. Rah. You hear that full sound? Rob bull. Rob bull bite, the iron and the raw. Our sheet. Our sheet so lift up the line. Our shield?

Lean, lean. Well, who Rob Bulava or Sheila leam Let's read the whole door together. I have 129 of Sora Silva has been a lot of hula Isla ILA who I lay hit our girl to well who Rob Boone, our Sheila Isley.

Zach Lowe, Clayton, please make this class seven times after fudger and seven times after Maghrib do your best to use these supplications to show Allah subhanho wa Taala how thankful you are and how content you are with the gifts that he's given you. What Salaam Alaikum warahmatullahi wabarakatuh