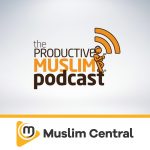 Assalamu alaikum productive Muslims. Welcome to the show. I'm your host me, Fred Meredith and I am here today with episode nine of the pre Ramadan bootcamp. So in today's episode, what I want to speak about is being specific and very clear. Now, what I mean by this is that in the science of behavioral economics, it states that you're more likely to get things done, if you understand why you're doing it. So that's number one, that you understand why you're doing it. And then number two, you're specific with what you want to get done. And three, you know, exactly when you want to get it done. So the first one was why, and second one is what and the third one is when. And so so far with

regards to our challenges that we have done so far, in this Bootcamp, we start off with asking the why, why we're doing this pre Ramadan bootcamp. And the second thing we did was setting specific challenges to help you improve in a particular area of your life. So that was number two, which we've done as a group which is defining the what needs to get done.

In today's episode, I want to help you get clear on the when. So when exactly do you want to do this particular challenge that you've committed yourself?

This is listen to Matthias founder, productive muslim.com Hey, if you enjoy this episode of the practical tips within it, that I think you'll enjoy a production model an online course. This is a one stop course for all the practical tips you need to overcome your Ramadan challenges. For example, how do you manage your sleeping bond when he was so late and soda so early? How do you manage your time a bond between work family and your spirituality, how to build good habits in Milan and destroy bad habits due to Milan that lasts after Ramadan? How to manage your work and your work colleagues, and so on and so forth? Check out this practice online course on productive Muslim

academy.com that is productive Muslim academy.com. Thanks.

So how do you implement this in practice? How do you define the win? Uh, first of all, when you look at your three challenges, you need to ask yourself, when will I do this. So if it's a particular time, then you need to block that time out in your calendar as you're making an appointment, and then treat it as an important appointment. Secondly, you need to be very specific in your timings. Don't just say something like, I'll spend time with my parents after I come home. Rather, it should be much more specific. Like, I'll spend time with my parents. After I eat dinner, I wash the dishes and join them for tea in the living room. So you see the difference between them two, the first one

was very vague. It's just very unclear what it meant by after I come home. But the second one is like, okay, it's after a dinner and wash the dishes. And then I'm going to sit down and have tea. So the second one is more vivid. And so the more vivid it is, the more easier it will be for you to remember and stick to your behavior. And finally, the thing that also needs to be remembered with regards to setting the wind in these challenges is that if things don't go as planned, or for some reason you're delayed, then take the time to study the reason why it was missed. If it's a one off excuse, then it's fine. Like say, for example, you wanted to if we go back to the parents example,

then something just came up and he was unavoidable. I mean, one of excuses is fine. But if it's a pattern, now, this is when you need to ask yourself why. For example, if you're always late for the prayer, then try to find the underlying reasons through asking the five why's now what do I mean by the five why's is asking yourself why five times pretty much so in this case would be you'd be asking yourself, okay, why are you late for her? So that would be like God, because I'm feeling lazy. So the second one is why are you feeling lazy? And the answer to that can be because I didn't feel like praying at that time and can do it later. So the third way you ask yourself, why don't you

feel like praying on time? And the answer can be, you know, because the shaytan nags at me and tells me that I have more time. And then the fourth Why is why do you listen to the shaytan? Because my Eman is not strong enough to overcome his voice. And then the fifth one is why is your event not strong enough? And the answer to that to that possibly can be because I didn't realize who allies and why am I so ly so important. So this is this is just an example. I'm not saying I'm not saying those were the particular answers to those wise, but it's just the answer you get from when you first ask yourself why compared to the fifth time you ask yourself why you see a big comparison and

you see an opportunity for you to be able to do something about that. So it can be

To the first answer, which was odd because I'm feeling lazy compared to the fifth answer, because I don't realize who allies and why Salah is important. That just gives you a better insight onto how to overcome this and that's and that's what we want to do we want to get to the root of this, why isn't a particular behavior we want implemented not happening. So I hope that's clear. In this episode today, I want to hear when you are planning to do a particular action, go ahead and leave a comment on the show notes of this episode by heading over to productive Muslim podcast.com slash s two e nine. That stands for season two, episode nine. So that's productive Muslim podcast.com slash

s two e nine. And along with that, let me know how you did in your three challenges today. So the spiritual challenge, the physical challenge and the social challenge. So inshallah I will speak to you again tomorrow with our next episode. Until then, remember, work hard and be sincere