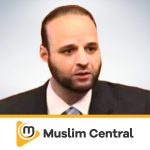 Hesham al Awadi explains how the companions of the prophet (saw) were so persistent and true in their repentance, thus the template that we should follow

a companion came to the prophet SAW Selim said Dr. Rasul Allah, I kissed a girl, purify me, I want to tell you something when it comes to kissing, now, it's very important.

You don't. And if I'm being vulgar, excuse me about this, you don't go kissing people on the streets Do you don't do that. So usually a kiss comes after her relationship. So one would assume that this companion entered into a relationship. So this has gone once or twice to admit. And the third fourth

throughout the the sinful experience that he goes through. So sometimes you do a sin. But it doesn't shock you as sinful. It doesn't excite you doesn't turn you on that, no, I am bad, I need to change until something happens. So for example,

death, a death of a member in the family, for example, might persuade the sister to to every job has nothing to do, right. So it seems that this companion was engaging in a long process of sinful acts. To him the kiss was the turning point that said, Enough is enough. You need to now go to speak to the to the Prophet, you have reached a serious level now that you need medication. You need consultation? You need to speak to someone or sofa Selim ignored him. So he went after him. If he ignored me, I would say also sell him hurt. It seems that he doesn't want to do anything about it. So I'll leave it. I won't do it again. But that said, I leave. No, he is persistent. He goes off to

him and speaks to him again and again like Osama and again and again and again and then actually calls him back. After persistent he leaves and then also Selim calls him back and at that time, a verse was just revealed. The verse is very famous Welcome to salata, Torah in a hurry was unifund mina lay in and Hasina to have mercy and perform a salad at the two ends of the day and in some hours of the night, verily the good deeds remove the evil deeds that verse whenever you read it remember that it was because of I guess

this me learn your law man, you

were up Emile salado