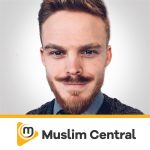 Welcome to the 1st episode of a 2-part series inspired by my re-reading of MisGod’ed by Laurence Brown.

1 ‘Son of David’ – literal or honorific/metaphoric?

2 Could God father a son

3 Would God father a son

4 Historical use of ‘son’ as an honor/metaphor

Salam Alaikum warahmatullahi wabarakatuh Peace, blessings and mercy be upon you all. Welcome back to my page. Today I wanted to talk to you about something that's been in the forefront of our mind lately. I've recently started rereading a book by renowned scholar Dr. Lawrence v. Brown. Now, the first time I read this book was really, really early majority faith and rereading it now I'm struck once again, by how Dr. Brown unpacks the concept of a son of God, and if you'll indulge me is this concept I'll be exploring and hopefully unpacking and making sense of with you, in this first of a two part video series today. Obviously, the overwhelming Christian opinion is that Jesus peace and

blessings be upon him was the Son of God, the definite article because he was the only one. But was he actually the Son of God, the son of David, or the Son of Man. In the biblical New Testament, Jesus is called as Son of David 14 times. For example, in the book of Matthew chapter one, verse one, the Gospel of Luke goes on to trace his lineage back 41 generations to David, attempting to render the paternal claim literal, but this attempt is undercut by the book of Matthew, offering an alternative lineage distancing Jesus from David, but only 26 generations. In compatibility of number aside, both claims actually prove that even if David was a distant relation, Jesus could not

literally have been the son of David, as several generations separated. The title is thus an honorific one, a metaphorical one, and not a literal one. Can one not then understand or interpret the Son of God title in the same way? Shouldn't one, at the very least we need to take Jesus's word for his own identity? Because whether you're Muslim or Christian, you believe that Jesus peace and blessings be upon him was a messenger of God. Right? So what did Jesus have to say about his own identity? We know he called himself a son of man. Right? He does so repeatedly and empathetically. Let's take a step back for a second, when people call Jesus the Son of God, what do they actually

those who believe in the Trinity are not claiming that God literally corporeal, impregnated a woman against a wall, or outside of the confines of marriage, nor are they attempting to suggest that God took a human form and calculates it with his own creation? That's something straight out of Greek mythology, right? So why Son of God? Should it not then be understood as an honorific or metaphor? Just like Son of David, perhaps the most logical way to interpret Son of God is not literally because to claim that God literally fathered a child with a mortal is blasphemous, and simply conforms to the accepted mythological tradition of the Greeks. The Quran, as it turns out, poses

this very question. Namely, how can God have a son when he has no console? logically, God has no pattern, no spouse no equal? So how can you have a son? And while some are quick to argue that God can do anything that plays straight into the kind of philosophical but ultimately meaningless, navel gazing that leads to questions like Can God create a rock so big for him to carry? The answer, I believe is irrelevant. Because God is not concerned with moral philosophy. Logical paradoxes are triggered, rather than God is consistent in his being. And all his actions are godly, and intentional. God's innate rationality and integrity, are intrinsic to his character, as Almighty

Creator. So the question really shouldn't be, could God but would God? Would God have to find his own nature to father a son with a mortal woman? No. Would God have denied and degraded himself and his supreme majesty to take a human form in order to calculate with a woman outside of the confines of marriage, for which he himself called know he'd be defying his own decree? So then, what a son of God mean, scholars from various religious persuasions conclude that the title must be interpreted metaphorically, as Son of David is interpreted metaphorically as an honorific. In fact, the harpist Bible Dictionary itself suggests that Jesus uses Son of man as a simple self designation, is self

effecting way to refer to himself simply as a human being. Furthermore, the Oxford Dictionary of Jewish religion confirms that the phrase of Son of God is idiomatic, not literal. Similarly, the Hastings public of dictionary notes that, in Semitic languages, sonship is conceived of as loosely denoting moral rather than paternal connections, or relationships, to be someone's son is that to be morally similar to him, and not to be his direct descendant, thus the sons of belisle while all wicked men, and are referenced in Judges chapter 19, verse 22, for example, are not all the biological offsprings of blood

The man, but influenced by similar morals, or who behave in a similar fashion to him, the biblical text is thus repeat with metaphor. And so, one cannot ignore the metaphorical weight with which Son of God must be similarly, indeed, a son of God, then, would be any and everyone who reflects a godly character, and who loves according to his decree, there is little evidence that Jesus was ever given this honorific buys community during his lifetime, and to distort its meaning to imply biological sonship is contrary to the Jewish monotheistic doctrine. Even if you discount the metaphorical application of similar titles completely. There are multiple sons of God less than in the Bible. So

even then, Jesus would be a son of God, and not the Son of God. Adam is called the Son of God in Luke chapter three, verse 38. And yes, Jesus is called God's son in Matthew chapter three, verse 17. But so Solomon and the entire Israelite nation, Jesus Himself is quoted as saying, Blessed are the peacemakers, for they shall be called sons of God. Thus implying that anyone who practices peacemaking and keeping the peace or characteristic of God is like his child, and in that they are mimicking his nature. Jesus confirms that this is what he meant when he encourages his followers to emulate the traits of God and His morality, so that they may be sons of their father in heaven. He

even calls God the Father and not his father, meaning he acknowledges being a son of God does not claim to have any exclusive rights to that title. As a matter of fact, Jesus describes himself as the Son of Man at eight times in the New Testament, but only others refer to him as the Son of God as such, although there are two verses in the New Testament in which Jesus refers to himself as son, only in relation to his referring to God as his father. the authenticity of these statements is, according to the Harper's Bible Dictionary, often called into question, and so it remains uncertain whether Jesus ever actually called himself son, even in relation to God as Father. Regardless, it is

worth noting that Jesus never honors himself with the title Son of God. Nor did he accept honorifics easily in general. For example, in a particular instance, recorded in Luke chapter 22, verse 67, Jesus tells a high priest who tries to honor him that way, it the Son of God, honorific, like the title Messiah is the priest word, not Jesus as, as a result, I cannot help but conclude that Jesus, if we are to accept that he is a messenger of God, and therefore an honorable and godly man, was who He says He was, if I accept Jesus as a messenger, I feel I must accept that he is telling the truth about himself and his identity, when he calls himself the Son of Man. At times, I feel it's my

responsibility to listen. Thank you so much for watching this video and for your ongoing support. If you have any questions about any of the content I've shared with you today, please feel free to contact me via my page, and I'll be more than happy to share additional resources with you. If you like the content of this video, be sure to check out part two coming soon, which will focus on the construction of the concept of the Son of God through mistranslation, and further illustrate why I believe Jesus peace and blessings be upon him to be a messenger of God, and a metaphorical Son of God, but not the literal Son of God.