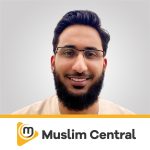 Ustadh Asim Khan dives into a journey into the life of Yusuf (AS) in which he extracts key lessons from which we can learn from and be inspired.

Santa Monica live Ricardo brothers and sisters Bismillah Alhamdulillah wa salatu salam, ala MV mursaleen Nabina Muhammad in while he was happy as a bad Welcome to gems from Surah Yusuf, it's a surah close to the hearts of many people I'm sure yourself you have an attachment with this surah some of the scholars they say like you're gonna claim that there are more than 1000 points of benefit wisdoms and lessons inside the surah which is amazing, isn't it? One story that captures 1000 lessons and even more than that.

Now, as someone who studied this surah a number of times and taught it's the see if I can tell you that there's definitely more than 1000 lessons inside the surah I want to share one of them with you now, but before I do, let me recite the verse

pot that commies for whom do booty

Woman out on the lake and Zoo and eat

and they both race towards the door and she tore his shirt from the back. And they happen to find her master on the other side of the door. She said what should be the punishment for the one who wanted to harm your family except imprisonment or a painful torture.

Now this is a very interesting part of the story. This is the part of the story where use of Allah Islam his own masters wife, she becomes infatuated with him. We know that useful Islam soprano was extremely Hamsun because extremely handsome, but he was a slave and she was like his master. Allah soprano says that one day, she began to flirt with him and try to seduce him. But when she tried to seduce him use of despite being a slave, despite having listened to her orders from a young boy and listening and obeying her, despite not knowing anyone in that country because he was from Palestine, an IV slowly into as a slave into Egypt.

that he ran away from her to the door to try and get out. And she ran after him. Now think about this scene who you serve. He is running towards the door, which we know is actually locked already. Because the Quran says we're Allah, Allah cotton above that she locked all the doors and lock them properly and tightly. Despite knowing that that door is locked. He thought to himself, you know what, I am not going to fall into this sin of Xena. I'm not going to have a relationship with this woman. The best I can do is run to that door even though I know it's locked. That's fascinating. And she is running behind him. So these two people on the outside they both doing the same thing. Are

you following me? They both running towards the door. However, on the inside, they are running for two different reasons. One is running to Allah the other one running away from Allah Subhana Allah was the law called Bab and that shows us the power of intention that Allah knows what you intend my brother Allah knows what you intend my sister when you write a message to someone on social media, or when you say something to someone's face and you intend evil, but you say it a nice way Allah knows the difference between the two. And Allah will judge you based on your intention. Useful Islam is trying to the door to get away. As for the woman she's running behind to stop him getting away.

She's running for evil, he's running for good and Allah says that she was so infatuated with him that she grabbed his shirt and tore it from the back. You know when if that happened to someone, they may stop and turn around and think I give up. I can't get away. You know what, maybe

I'll just have to submit myself. But you said he continued to run, he ran all the way to the door knowing it's locked. And then what does Allah say? What elfia see the handle that they happen to find her husband on the other side of the door? I mean, how could that happen? She planned this thoroughly. Of course, she would have planned to do it at a time she knew her husband wasn't around. But it happened that he came back home and it happened and he came to the very door that Yusuf was running to. Is that a coincidence? Is it an accident? Of course not. That's a lot. That's a lot looking after use of it. So the beautiful thing about the Quran is it doesn't say, what do you what

do you That means to find alpha means to find, without intending to find, as if to say the last person that expected to find at the door was her husband. See, Allah is saying that sometimes the doors are closed in your life. Sometimes you think to yourself, there is no way out just like use of thought there's no way out. But you need to run to the door, you need to do the minimum that you can do, sorry, you need to do the maximum you can do if the maximum you can do is move from this place, to that place to get away from maybe some music, maybe something Haram, you should do that. Because if you do that Allah will open that door for you. And you will be able to remove yourself

completely. So hon Allah, this is an amazing lesson. The other thing is that when the husband sees what's happening, and imagine if he's standing at the door, the first person is going to see his use of, and the second is going to be his wife. So it's very clear that the crime is supposed to be going to the wife. She's the one chasing him down. He's not chasing her. But his wife, she is so spiteful. And she's so wicked, that she begins to sow seeds of doubt. In her husband's mind. She says call it Magister Omen arada bialik albizu.

to her, she may kill me or put me in prison. Did that stopped him from saying no. It didn't stop him in just knowing that, you know what if I don't listen, my life is in danger. So we're learning that if you were faced with a dilemma, where

on one hand, I have an option to do something Haram, like falling into sin or having a relationship with a woman, which is haram. And on the other side, the option is to go to prison or to be tortured, usable Islam. He's teaching us that you should choose this one. Which is amazing, isn't it? Usually people fall into Zinner not because they've been forced to, but because they want to, because they're designed to use violence. And I'm saying, I don't know, I didn't want to do it myself. I was being forced to. But if it came between being forced to doing Xena, or going to prison, you know what I would prefer? I prefer going to prison. You know what that teaches us

brother and sisters. It teaches us how bad this evil is. It's so bad that you should opt for going to prison to escape it then falling into even if you're forced to. And that's quite deeply if you think about it. Another thing as a parent, think about it. Your child is at university or college and he's telling you you know, Mom, Dad, I need to get married because is a lot of temptation in university and I think I might fall into Xena, as a parent, you're thinking No, I'd rather you see your studies out properly. And then I'll get you married on later on after get your job your house in your car. But old mother and father what you're actually saying is that even if he falls into

Xena, I'd rather him fall into Xena and get a first then get a maybe blessing first and stay away from Xena by getting married of Subhana Allah useable Islam is saying mother and father, if it's between your son doing Zina and going to prison, choose prison. Never mind a lower grade but that's an assumption that your son is going to get a low grade your daughter is going to get a lot lower grade. What do you know, by taking care of that temptation in their life by getting them married of young you have just brought a degree of clarity and you've removed stress from that

Life and as a student that could make you perform better. So by taking the step to get your son married of young, it may make you a better student. But what one thing you will do is make him a better servant, the slave of Allah subhanaw taala. And on your will to me, you can say to Allah, Allah where everybody else was saying, No son, you can get made off later on. I took the step to getting married of young to save him from falling into this sin. Don't you think a lower reward you? Don't you think Allah subhanho wa Taala will give you a better place in paradise will forgive you of your sins, so on and so forth, of course, but this is what we are learning from the story of useful

Islam. We ask Allah subhanho wa Taala via his beautiful names and attributes that he inspires us through the teachings of usip. But he also he protects us from Xena and it gives us the ability to say no, no matter what the consequences along mean is up.