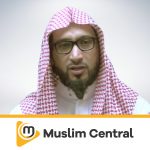 Shifting from a state of despair to a state of hope is easy and viable. Our feelings are a function of our thoughts. By learning to develop better thought patterns, we are able to develop better states.
Allah’s Prophet (PBUH) was a master in this ability and his biography is a testimony of this great aspect of his life. This talk shares a couple of examples from his life and his teachings.

Salam aleikum wa rahmatullah wa barakato. This is my de Mille Hamidi for Rashi doing.com. Our video today is on how to shift from desperation to hope. What a huge shift. And what a wonderful one. At the same time, let me give you the good news. It's quite easy. If you develop the discipline behind it, it is something that has created tremendous positivity in my own life and the lives of people that have shared this secret or this technique with how can you shift from a state of desperation to a state of hope? It's simple. Just change your thought. Change your thought, if you must, you thought you'll be able to change your state from desperation to hope, and even sometimes from

frustration, and from doubt, to certainty, how can you do this because our states are based our emotional states or psychological states are based on our thoughts. So when you are in a state of desperation, your internal focus or your your internal attention is focusing on something that is negative, something that has caused you to feel desperate, someone lets you down, someone did not stand up for you, someone who did not back you have some circumstances that did not really were not optimal for you. So you just felt frustrated, you had hope. And that hope did not materialize or that hope was not fulfilled. So you just feel frustrated. Actually, you don't feel frustrated.

Because of this. You're just feeling frustrated, because you're thinking about this, or you are expecting it to happen. If you train your thought to be able to shift to more positive thoughts. And I'm not saying tricking yourself, as some people might suggest. Don't ever deceive yourself. Don't ever trick yourself. Clarity is power. Truth is power. certainty is power, but deceit is never a good thing to do. What I'm saying is expand your reality, as I explained in one video that I shared with you in the past, is actually changing your thoughts in order to include something more positive, as much as there are negative in the world there are actually far greater positives. So

just focus on the positive positive train your thought to expand and accompany accommodate more positive thoughts or expand your mind accommodate more positive thoughts. And you will see that you can actually shift from desperation to hope a Lost Planet Allah says in Surah, two use of in hula asuma rohilla como calculon indeed, only disbelievers people who don't believe in Allah, they are the ones who fall in desperation. Why? Because believers have a lot in their thoughts. When you have alone your thoughts if someone if someone let you down some circumstances overcome you, okay? You don't dwell on them but you see them in the live that Allah has designed this to happen on the

lamented for for some good reason. Absolutely. Because he's the all wise and he's the All Merciful. So if Allah has designed this, there must be a good in it for me just as the Prophet sallallahu Sallam said in the Hadith reported by him and Muslim, that amazing is the state of a believer, whatever happens to him or her is actually good for him or her.

So whatever happens, whatever Allah brings you away is good for you. So when you are when you expand your thoughts and shift your thought, to the fact that Allah is merciful, that Allah is in control of everything that allies wise, and allow you to take good care of you. That's going to bring hope into your heart. And realizing I'm believing in the promise of the prophets, awesome that everything Allah writes down everything that a law brings to you, is actually good for you. As long as you have faith in Allah. If you believe in this promise, it's going to empower you and it's going to take you from desperation, to hope in a second in the fraction of a second. You might say I've tried this

before, but it didn't work out. For me. I understand this is a very valid consideration. But let me share with you the same secret I usually share in my videos, you haven't developed the discipline behind it. You need to work on your thoughts at times of ease, you need to bring them back along something good happens to you. trace it back to Allah. thank Allah for it. Let your thoughts dwell on the last panel down on his greatness on his mercy on his generosity, on his forgiveness on his care on his attention. Even at times of his Don't be, don't dwell on the gifts themselves that you have got. Learn or teach your thoughts trainee thoughts to always focus on Allah and the greatness

of Allah on the mercy of Allah on the love of Allah on the care of Allah. And you will be able to shift yourself at times of hardship, you will find your thought pattern will come to your rescue. And it will take you out of desperation straight you'll find it easy because you are. You're trained you've trained your mind to shift to positive thoughts about Allah and you'll be able to find yourself full of hope at the most, at the most desperate moments, look at the profits or loss in them at the time of the Battle of the trench when the companions were even scared to go and answer the call.

prophet SAW Selim. Train your thoughts every day to focus on the positive and you will be empowered you can shift from desperation to hope, I hope and trust the last panel to add fields you life with hope and trust in him and get desparation out of your way until we meet with another video. I remind you press the like button if you like it, share it with your friends so we can make more of those videos and share them until then salaam aleikum wa rahmatullah wa barakato.