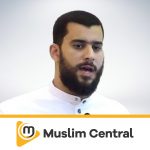 What Is The Breakdown Of The Story Of Musa? – Once Upon The Nile by Mohammed Mana

This upcoming class the life of Masada. So if you could break it down for us, how would you split it up? Right? Well, first we have to build a foundation. Okay, we have to have context. So in the beginning, we're going to be talking about the origins of money. Okay? And what was the condition and the situation of money. So that ended before the emergence of Muslim God, once we understand that, then we can now transition into the life of Musa himself, okay, from birth all the way up until he had to flee. Okay, due to an altercation that took place. Got it. And then we will be talking about what happened after he fled all the way up until he is now a prophet and a messenger,

he receives revelation. Yeah. And he now returns back to Egypt to confront fit around and basically call them to the worship of Allah and save him. Okay, then we have the famous the Exodus, where he basically leads but he is slightly out of there, out of the terrible situation, they were in and goes towards the Holy Land. Okay. And that will be the final section all the way up until his death, it said, I'm just outside of the city of Jerusalem. That's a lot of Quran, isn't it? Absolutely.

Now, and this is, and this is not just like the straight linear narrative, right? It's like, because there's a lot of side stories that take place. Yes. All right. What are some of the like, okay, we know that story of credit from calf. Right, right, which is very well known. But what are some of the other side stories that happened? Well, not only are there a lot of side stories, but also a lot of other characters and personalities. Sure. Which is one of the things that makes the story of Musa very unique, okay, and very relatable, sure to everyone.

And so we'll be talking, for example, as you mentioned, the story of Philip. There's also the young men that Mossad Hassan was traveling with Fatah Musa, as mentioned in the Quran, you shall be known, we'll also be talking about his brother, how alone, we will be talking about other people within the court of fit out, not just for their own, but you also have individuals like Herrmann and our own Yeah. So many different personalities that we will be able to analyze and understand the good. And the bad if you were to categorize like one or two character traits that really defined him and set him apart from other people mentioned in the Quran, like, what would those or some of those

characteristics be? Well, Musa Edison was very passionate, okay. And he was very strong, okay, and very strong willed.

And he was also somebody that although he was very passionate, he was also very patient, he had to be. And that's something that he also had to go through many different struggles throughout his life before Prophethood. And then after Prophethood, we see how much he is tested with many insulin. It's interesting, because you mentioned about patience and patience and passion. Because if you have passion, but no patience, then that's problematic. But if you have patience, but no passion, then it's like.

Yeah, exactly. But it's interesting, the fact that these are two very, very strong traits, that is just you can see his desire to push back at the same time the world is what pushing back Absolutely, and also his constant search for truth and justice and establishing it. So these are just some of a few of the traits of Musa and some of the few topics that we will be discussing along with many, many others in our upcoming seminar, the life of Musa