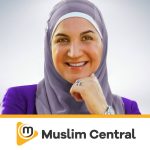 There are three things they should never say to a narcissist that already come. My name is Hala. Banani empowering you with psychological tips and spiritual support. One of the most common complaints that I get is my spouse, my mother, my child, whoever it is, is a narcissist. And how do I deal with someone who has these narcissistic traits, let's first define a narcissistic personality. It's someone who has an inflated sense of self worth. And they actually present themselves as being extremely confident, but their self esteem is actually very sensitive to any form of criticism, they are least seeking attention. And the two things that really sets them apart

is that they're actually quite manipulative, they lack empathy. And it's a way of using others, they try to use others for their own gain. So these are individuals that they may come across as very charming. But they will use people as a way to reach their goals. So you have to be very aware of this. Now, I always like to put a disclaimer that if you're in a relationship, and your spouse is narcissistic, and there is physical abuse, or any kind of emotional abuse, that's a different scenario, I'm not talking about tolerating any form of abuse. But sometimes we find ourselves in situations where there may not be any form of abuse necessarily. But it's just an individual with

this kind of personality. And you have to navigate, you got to know it's not a person you can cut off, it could be a parent, it could be a sibling, it could be somebody in your family, that it's not so easy to just cut off the relationship, it's not always a marriage, we need to see that these individuals are constantly seeking validation, it's a constant need for validation. And if you are criticizing them in any way, what ends up happening is that they will explode, they will attack so many times the people who live with a narcissist, they feel that they are just waiting for the bomb to explode. And that fear actually leads a lot of people to just comply and to just go along, and

they're actually feeding the narcissism. Now, if you have to just cope with an individual like this, and you don't want the explosion, I'm not saying to go along with whatever they're saying. But sometimes you can manage it in a way not to get those explosive reactions. So three things, never to say to a narcissist. One is that saying I wouldn't do it that way, right? Because they have such a sensitivity to being criticized. As soon as you say anything remotely like a criticism, they will attack. So instead of saying I wouldn't do it this way, where you could say is that let's work together and come up with a solution, you have to be a bit more diplomatic, you have to know how to

approach it in a way where you do express yourself and get your point across. But confrontation is not going to get you anywhere, because these are people who are extremely experienced in arguing and belittling and calling names and being very destructive in their behavior and in their personalities. And so it's better not to go there with them because they're much more experienced. And it's good to bring them up to a level where you're dealing in a very logical and reasonable manner so that they have to live up to this nice way of dealing with one another. So when you're kind when you are more respectful, and it's not attacking, you don't have to go in their domain. The

second thing is when you say you're wrong, when you directly tell a narcissist, you're wrong, you're definitely going to get an explosion. So what you could say instead is, you know, I hear you, but I see it a little differently, okay, so you are still authentic, you're true to yourself, I would never tell anyone to just be submissive and take it, take whatever and not speak up or not speak up, speak your mind. But it's the manner is the way you do it. So you could say, I hear you because they need to feel heard. They need to feel understood. And then you follow it by I see it a little different. So that's a lot softer than just outright saying you're wrong. The third thing that you

should never say to a narcissistic person is what's the matter with you? What's wrong with you? I know that you may be tempted to say that because their behavior many times it's very irrational. And whether they are they have a full blown disorder and narcissistic personality disorder, or they have certain traits and the way you would distinguish that is going back to a professional and seeing if they have all those traits because sometimes what happens is that you

Many individuals have some of the traits of a personality disorder without it being a full blown disorder. Okay? So individuals that have that you need to be a bit more sensitive, and so saying, What's the matter with you, again feels like an attack, they feel attack, and they're gonna be defensive. And if you're trying to have a peaceful relationship with the narcissist, again, like I said, when it's when you don't have a choice when it's a parent, when it's your child, when it's in law with whoever it is, you need to navigate this you can't cut off. That's what I'm referring to. And it's much better to say instead that it seems like you're a little bit you seem upset, do you

want to talk about insisting What's wrong with you, you're crazy. What's wrong with you, even if you don't say you're crazy, we're like this idea of what is wrong with you is going to get them to be very reactionary. So moving forward, it is wise to think through what you're going to say, and recognize that they are easily set off. If you haven't already noticed, I'm sure you know that they're very sensitive to any form of criticism, and they will be very defensive. And it's much better to deal with them at a mature level than stooping down attacking, because they are going to overtake you, they will definitely overtake you, they are more experienced, they are going to chew

you out, most likely, if you get them defensive. I'm not trying to locate any form of abuse, if that's happening in your marriage, and there's physical abuse or emotional abuse. That's not what I'm referring to. But I'm saying if there's a family member or someone you cannot cut off, and you want to just avoid the explosions, you want to just know how to deal with people learn to avoid these three things. And I pray that we're all given the emotional tools in how to manage ourselves. So let's say if it's a parent daughter relationship, and they're coming in because they're having relationship issues, and then it will be presented that they may have some of these traits. But it's

very rare for someone who is narcissistic, because they think they're perfect, they think they have nothing wrong with them. So they're not generally seeking out help unless someone else brings them in to the counseling session. So in sha Allah that we are given the tools to know how to deal with them. I've had some clients tell me that they used to be very reactionary. And so as soon as their spouse would say something, and they had a narcissistic personality, they would just like immediately kind of attack and be defensive. And now that they have learned how to regulate their own emotions, they're like, we're not fighting we're getting along much better. So having emotional

intelligence in any relationship will give you some powerful tools to just navigate your life to know how to deal with any situation without getting emotional without overreacting without having a meltdown without tantrums without manipulation. I mean, there was really an easy way and I can teach you step by step on the mindful Hearts Academy. You can take it at your own pace, learn the information and apply it and inshallah you will see some amazing results in sha Allah Salam aleikum.