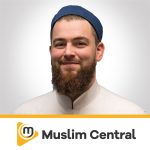 Today's topic is unity, Allah's power and tada it says in a beautiful verse and so with LM Ron, chapter number three, verse 103, where our testing will be heavily Lehi, Jimmy on well as a follow up to that hold all of you hold tight to the rope of Allah and do not deviate. The rope of Allah here is an interesting image, it's you get the image of this, this this singular, salvation, this moment where people can grasp onto something, and to save themselves from the doom of falling off of something. And what's even more beautiful about this image is that when you think of a rope, it has no inherent value. But when that rope is being used to save somebody, it becomes the most important

thing in the room. The Mufasa rune the scholars of Tafseer, they say that the rope of Allah, according to the companions of the Prophet, so I don't know, is the Quran, that the way that we can ensure that we do not have division, and we're not talking about difference, because difference is part of our religion, different opinions, different fic, rulings, different this and that different perspectives, those are all part of our faith, but division, to wedge in between us to have no relationship to have no love for each other. This is something that must be remedied. And Allah is telling us that in order to remedy this problem of division, we have to hang on together, to the

rope of Allah stromatolite the Quran is the thing that brings us together. And you find this you find that in gatherings, where people who have very different lifestyles, very different outlooks and perspectives on how to live, when they come together and study the book of Allah. It's almost like everything about them, that's different melts away. And the one thing that remains in that room doesn't matter what gender that person is, the color of their skin, how much money they make, what they do for a living, if they're married or single have kids or don't. Everybody is just reading the Koran. And that's the thing that unites everybody. If you've been to Mecca, Medina, you've seen

this, the Quran circles, young and old, right? People from from Saudi people from across the world all there to remember the book of Allah, Allah to Allah continues with Quran Yama to La Jolla Alikum. It's quantum adda and for Allah for being able to become for us back. Don't be messy he Juana that he says, Then remember Allah is reminding us the favor of Allah, that you were enemies, right? If you think about the seed of the Prophet, so Sanlam so many of the believers, the Sahaba that we look up to, we respect we love their stories, we try to be like them. So many of them at some point were enemies of one another. Even some of them were like deep enemies of the Prophet

Muhammad Sallallahu. Some of them think of Ahmad Ahmad rhodiola, run. The third study for after the Prophet SAW sudden, right after a bucket. He was the next one. Think of Ahmed how he woke up one day to go and assassinate the Prophet Mohammed Al Salam. And what happens that same day he becomes a believer, someone who believes in the Prophet Muhammad SAW someone's message. And later on one of the closest companions of the Prophet SAW Selim, and even his daughter is one of the wives of the Prophet Muhammad SAW Selim think about the transformation that occurred Allah Tala saying this is a blessing. It's a blessing that your heart that was so full of division and hatred can be united by

the favor of Allah to Allah. For us back to miniapp Mattia one. And so you became brothers and sisters, by His grace and His mercy. Then he says, Welcome to my Dasha, who floats a minute now and figuratively, metaphorically, as a society, your division caused you to be in a brink of fire, like you were almost at your very destruction, right? And then he says, for another minha, that Allah Tada says, and he saved you from it. He was He saved you from it. galica Ubu Allahu La come at De La La contacted him. Allah says and these verses these examples, these signs, when you look at your past and where you were, and now you look at who you are, you see the people that you disliked so

much, and now you're like brothers and sisters, you're so close to one another. Allah says this is an example of what guidance can do. Allah gives you the signs in these moments so that you can realize and you can be guided. And after you think about Subhanallah I used to have so much division in my heart so much hatred in my heart. And now by the virtue of Islam were brought together as a community we pray together, we eat together, we fast together, we, we worship, we read Quran together, all these things bring us together, and the differences that I saw mean nothing now, Allah Tada says, aha, see now you've tasted what guidance feels like. See, when you follow guidance,

Harmony follows. When you follow the guidance of Allah, things just start going right doesn't mean that we don't have challenges, but you're given the ability to conquer those challenges and to make sure that you can do so

with wisdom and with knowledge, may Allah Allah make us those who are guided, and those who provide guidance for others. I mean, not me. Calum is dedicated to the mission of making the knowledge of this beautiful religion of Islam accessible to everyone. From the millions of people listening to the podcast, to the hundreds of 1000s of people watching these videos, to 10s of 1000s of people that are taking online classes and so much more work that Kalam is doing. We here at Kalam are committed to continuing this good work. And this is where you come in. We're asking you to partner with us to secure your sadaqa jariya of all the people that have benefited from Kalam continue to

learn from Kalam and in sha Allah in the future will continue to learn and benefit from all the work that Kalam insha Allah will continue to do please go to support alarm.com and donate generously. May Allah subhanaw taala accept from all of us was Salam alaykum Warahmatullahi Wabarakatuh