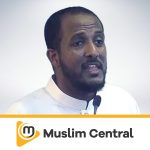 Art Of Manners: How To Control Your Anger – Mohammad Faqih

wa sallam also teaches teaches us to change our position for standing you sit down if you're sitting down you lay down. Making will do is also another recommendation that is given. But the best remedy for anger is to prevent anything that will get you angry to begin with. Don't get angry if you can't. Now, as much as I hate to have people who get mad and angry in my class, but this class is meant to help us all get a better idea as to how we can manage our anger and follow the prophetic teachings and the recommendations that we find in the book of Allah azza wa jal in the center of His Prophet sallallahu alayhi wa sallam. To learn more about that, sign up and join us go to mograph.org