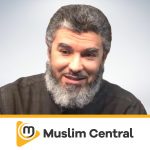 Salam aleikum wa rahmatullah wa barakato. Al hamdu. lillahi Rabbil alameen wa salatu salam, ala Shafi mousseline, they are brothers and sisters who are our de aza cattlemen ami wise you Bertie Islam. The payment of security is one of the major Pillars of Islam. It's one of the five day five pillars of Islam.

It is a religious duty upon those upon all Muslims who meet all Muslims who meet the necessary criteria of wealth. Our last panel Dalio, Coca Cola p masala, to the character worker Omar Hakim established the prayer and give us a carrot and make record with those who perform record this is a command from the last panel data for his servants

that they should establish the salah and give this a cat in a different area in order to be you know, warmer almirall ilaria boo la Holocene Allahu Deena who never will be more solid away to the character with elica Dino Kojima. Allah subhanaw taala in this ayah is talking about the People of the Book, the people who came before the oma of Mohammed Salah lo Anya was alum, and they were given different books but all of them were commanded to establish the prayer and give the Zakat Allah Subhana Allah said in this ayah and all that we have been commanded was that they should worship Allah subhanho wa Taala with utter sincerity, devoting themselves to him exclusively.

And that they should wash they should establish the prayer and gives a cat and that is the right religion, or that is the right faith whether Lika Dino will pay Hema. So the payment of the Zakat was always a major obligation in the mission of every prophet and messenger and it is a major obligation in the mission of or within the mission of our Prophet Muhammad sallallahu alayhi wa sallam because the deen is one the religion in the sight of Allah subhanho wa Taala is one which is to submit our will to Allah subhanho wa Taala and part of this submission is to pay the Zakat in Isaiah 34 in order to Toba Allah subhanaw taala called will levena yekini zona verbo will feel

better What are you gonna have feasability life A Bashir whom the other been Elohim and those who collect and accumulate gold and silver and they did not spend them in the way of the last panel. Give them a tidings of a painful of a painful torment of a painful punishment. Of course, here this is we need to understand this as a last part, Allah is talking about those who collect golden silver, which means those who save money, those so is saving money. How dumb Is it something haram Muslims are not supposed to do no Muslims and not blamed for saving money. Muslims will not be blamed for making more money. Muslims will not be blamed for being wealthy, but they will be blamed

for not paying Zakat of their wealth. So here the Tafseer of the ayah the Buddha said any wealth whose Zakat is paid is not a kenz is not a hoard and people will not be blamed for saving gold and silver or money or any form of wealth. They will not they will only be blamed for not paying there is a cat. So we need to know that security is a major pillar of Islam. And it is only 2.5% out of the out of the total value of our assets. It's not something Allah subhanho wa Taala is not placing a huge burden on our shoulders. It's a small amount, which is 2.5%. When you think about it, think honey that you are allowed to keep 97.5 97.5% of your wealth. Allah subhanho wa Taala is only asking

you commanding you to pay 2.5% of your wealth on a yearly basis to be given to those who deserve it. Allah. Allah mentioned them in Surah, insalata Toba in air 60 we will talk about these details in the next halaqaat be evening light Allah Baraka low FICO met last parent Allah bless your wealth and stay safe and may last pantalla protect all of us. That's our last panel down and you will feel canaliculi fail when you believe Ramadan when he added if he added photos he will front was Salam aleikum wa rahmatullah wa barakato.