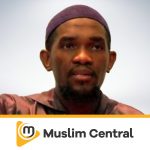 Sheikh Ibrahim Nuhu was born and raised in Nigeria. He enjoys being around children which is why he started off as a primary School headmaster at Raudatul Qur’an School in Zaria Kaduna in Nigeria. He was then accepted into the International Islamic University, Madinah. He graduated from the Kulliyyah of Shariah at the top of his class with his Bachelors in Shariah and Islamic Studies. He then followed that up with a Postgraduate Diploma (first class of honours) in Islamic Law and Islamic Political Science from the same university only to pursue and complete his Masters and PhD in Shariah and Civil Laws at the International Islamic University Malaysia.

In his spare time, Sheikh Ibrahim allots a lot of his free time, and many times sacrifices his own family time, to cater to the religious needs of Muslim student bodies in Universities all over Malaysia, delivering hundreds of Islamic lectures and Dawah programs for those Muslim students in predominantly non-Muslim Universities who hardly ever have a Student of Knowledge visit them. With his deep knowledge coupled with extreme humility, Sheikh Ibrahim has significantly single-handedly developed Islam in the lives of hundreds if not thousands of young Muslim students.