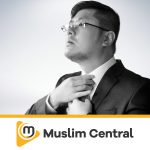 said I want to go

in Alhamdulillah nonmetal who when I started you know when I sell Pharaoh when I would be lacking in jewelry and Fujinami sejati or Medina man you had the love for the mandala woman you thrilled fella her the Ella or Sharon La ilaha illallah wa The whole luxury color or shadow unknown Muhammad Abdul Hora solo Ahmedabad.

The Prophet sallallahu alayhi wa sallam was one time with the Companions Soraka Ben Malik.

And so Robin Malik if you read the Sierra, he was a well known bounty hunter before he became Muslim much later in his life.

Soraka Ben Malik was the companion who heard that the Quraysh had put a bounty on the Prophet SAW Selim said and we'll look at his head when they were running and escaping from Mecca to go to Medina. So Rocco was the one who heard that whoever catches Muhammad sallallahu alayhi wa sallam dead or alive that they would get 100 camels.

And it wasn't until sometime after that he realized that this is a miracle from Allah subhanho wa taala.

That he said to Muhammad wa salam, O Muhammad, I will never not going to come after you and I will dissuade others from finding you as well. The prophets I said to them said to Soraka Soraka What do you think about one day that you will be given the bracelets of the king of Persia?

So raka said, Indeed a messenger of Allah inform me but I also

The prophets are setting themselves as for the people of how it is every person who is a Jhaveri, Joe well, when was stuck there.

And the Jhaveri in Arabic refers to someone who is arrogant about something that they do not possess. In other words, they're just all air, that's what it is.

They puff out their chest, they act like they have something when in fact, they do not possess it.

And Joe world, the other night also said, this phrase refers to the person who is excessive, not someone who does a little bit more than others, but excessive in food and drinks excessively, and is super arrogant in the way how they walk, and in the way how they speak. And the final characteristic is the word mustache, but the one who is arrogant. And then the Prophet SAW Selim says, As for the one who is for the description of the people of Paradise, he says they are the Botha and the mcloon. And it means that these are the people who are weak, it doesn't mean physically weak or emotionally or spiritually weak, it means they do not have access to a lot of resources, they were not given so

many resources in their life so they do not have a lot of power to influence. Well, mcloon and the downtrodden.

And brothers and sisters,

the danger of arrogance is something in which of us the Senator has warned us about in which he says the gentleman can have up to Him with all of the Ruthenian Kibber the person no person, no individual will be allowed to enter paradise if they have one. Atoms weighed one grain of arrogance in their heart. For cholera Julian and a man was there sitting with the prophets of Allah when he was a limb, and he said Messenger of Allah, but there is a person. He likes to dress nicely though boo Hassan

Allah is beautiful. And Allah loves beauty and refinement. Arrogance

and it is to look down at other people.

Arrogance is one of those sins that Allah does not like Allah tells us in the Quran.

In the hula, your humble mustard Vereen. Verily He does not like those who are arrogant. Allah also tells us in the Quran, that as those evil people are driven to the gates of hell, what does what is what is it that is said to them?

Listen to these words and reflect on all the Holo abueva Johanna Mahali. Dena, fie her

and how horrible and how bad is that abode for the arrogant people? May Allah subhanho wa Taala protect us from arrogance? Why did the Prophet SAW Selim describe arrogance as something that causes one to reject the truth? It's very simpler than Sisters is because we do not have that person who is arrogant does not have the ability to admit that they are wrong to admit that they are at fault to admit their vulnerability to say yes, I was wrong or yes, you know what, I was wrong about that. And I'm sorry about that. That

in in from feeling that people would look down on them for admitting that they were wrong is what will lead someone to arrogance.

But then sisters, even this arrogance can lead us to the point of

looking down at the good that Islam has taught us.

The Prophet SAW Selim taught us in the Hadith.

Fishy wallow and tonka haka, be watching him, Do not be little any good deed out there.

Even if you were to meet your brother with a smiling face, and how many times have in our conversations with other people, let's say someone else did something wrong to you. Instead of focusing on that thing that they did wrong on, we start trivializing and making fun of the outward aspects of religiosity, and we start attributing to them arrogance. And what do I mean by that? Say, for example, you have a disagreement with someone about something.

And the shaitan will come to you and say,

look at this person, who does he think he is grows a beard thinks he's so religious, thinks he's better than everyone, the sister who's wearing the hijab, she thinks she's better than all of us here. Oh, look at that. Look at the projection of arrogance. We are now projecting that insecurity onto the other person by saying that their religiosity is meant to spite you. And what do you say to these kinds of people get over yourself?

I just can't do it and I was just too hard stop because they really cannot speak because they just don't want to.

And so the power seldom said May you never be able to. And from then on, that person was not able to lift his right hand anymore.

May Allah subhanaw taala protect us from arrogance. Aquila Valhalla was Allah

is not something that just affects the relationship that you have with other people. But it can also affect your relationship with Allah subhanho wa taala.

In an interview with a former president of the United States who shall remain unnamed, this person said

I don't regret not asking God for forgiveness, because there's really nothing to apologize for to God.

I want you to think about the arrogance. There's really nothing to apologize for to God.

Arrogance is this attempt by the mind to rationalize one's self insecurity, or one self worth by pushing down other people. That's why the person Salam says, arrogance rejects the truth and it looks down on other people. You look at IBLEES

Allah asked him to prostrate to Adam, he tried to rationalize his disobedience by saying, I am better

than him up created me from fire and you created him from clay.

a man, a famous general during the

Hoonah we the Omega kala fate, this famous Gen. His son was walking in the streets and in a very proud way in a loud, obnoxious and self absorbed way. And he passed by one of the famous scholars of SNAP Malik Ben dinar. And he advised this young man he said, You should not walk like that, you know, you should be a little bit more humble. Don't walk with such conceit.

And that young man was so shaken by this description. And he said, You're right. I shouldn't be so arrogant. Brothers and sisters.

It's easy to talk about the dangers of arrogance and talk about how sinful it is. But what are some of the ways to help yourself not fall into that sin of arrogance the other man have said

when you look at someone who is older than you

And when you look at someone who is younger than you, instead of thinking, I am your elder, I'm so much better than you think. I have preceded them in coming to this earth. I have started singing before them.

I have started singing before them Subhanallah

the prophets Allah Allahu alayhi wa sallam, he says in this beautiful Hadith I want you to I want to leave you with the process Salam says Men Mata will who are buried on Meenal Kibriya kebari What they need Well hello, the Hello Jana. Whoever dies and passes away and they are free from arrogance, from debt and from deceiving others and cheating. They will enter paradise in Allahumma Lyca who you saw Lunarlon Navy, Yola de la mano solo Allah He was selling with a steamer Allahumma Salli ala Muhammad Ali Muhammad chama Selita like Rahim Allah al Ibrahim Mohammed Majeed America Muhammad Ali Muhammad Kuma Dr. Ibrahim Allah al Ibrahim Kamiya Majeed Roberta attina Dunya Hassan, Hassan Okinawa

now, Robin Allah to the curogan about the integrating or happening in the Middle Ages Rama intello Herb Akane Salah