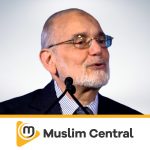 Monotheism 1 - What Is Monotheism