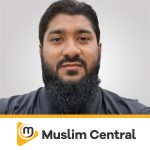 Sheikh Abdullah Hakeem was born in a small island, Fiji. At the age of 4 he and his family migrated to Sydney, Australia and have been living there ever since. Through secondary school his eagerness to learn more about Islam increased, and he started attending hifz classes and regular Islamic lessons. He volunteered to conduct jumaah khutbahs at his local public high school, that otherwise had no jumaah prayer for the Muslim students.

Upon graduating high school he got married, his thirst for Islamic knowledge and guidance from Allah led him and his family to study at the International Islamic University of Malaysia for six years, during which he completed a Bachelor in Islamic Jurisprudence (Fiqh) and minored in History and civilizations in 2013.

Throughout the past six years he has been returning to Australia during his breaks and has been actively conducting various Islamic lessons and khutbahs throughout Sydney. Fresh from completing his studies in Malaysia, he has been busying himself in work as well as participating and conducting Islamic programs, camps and talks with different Islamic organizations in Sydney.

He is a very active and passionate student of knowledge, whose aim is to focus on the youth and strengthen their bond with Islam. When he is not occupied with his work, he loves spending time with his family and friends through sports and other activities.

Are we Connected or Disconnected?