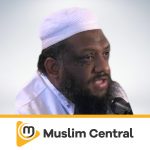 Muslim Minorities and the Fiqh of Citizenship in the Modern World