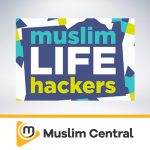 In this episode I talk about the once king of productivity, yes you guessed it, multitasking. Do you find yourself, doing hundreds of things at once, all in the name of saving time? Got the phone in one hand a book in another, while you are driving to work and and scoffing down breakfast?

How else can we cope with the fast paced world that we live in?

What is multitasking really doing to us and are we really doing ourselves a favour by doing many things at once?

In this episode you will learn about:
– Multitasking and your brain
– What the research says about this technique
– 3 reasons on why you need to stop your multitasking ways

Episode 21 Welcome to the Muslim life hackers podcast, the weekly podcast providing you with tips and tricks on how to hack your life and maximize its potential. And now for your hosts Mithra maroof and Mahima Lake

as we said, the crisis see that so much Assalamualaikum it's me Malik here, and I'm going to be presenting Episode 21 of them with some left because podcast as usual, all the links and resources mentioned in today's episode can be found in our show notes at Muslim life hackers.com forward slash 21 that's the number 21 All right, now before we get started on this week's podcast, a little announcement. I'm happy to report that Muslim lebec is launching a Ramadan guide. Okay, now, I'm sure you know that Ramadan is fast approaching again, this 2014 currently, as I'm recording this podcast, there's about 50 something days to go I believe. And let's be honest, ask yourself this.

Did he make a promise to yourself last year that this Ramadan was going to be different and even better? Look, the only way you can achieve this is if you start preparing now Muslim life hack is soon to release the Race to the Top the Muslim left kids guide to a successful Ramadan. So what are you waiting for? set yourself up for success and grab a copy at Muslim left backers.com forward slash Ramadan. And don't forget to share it with your family and friends. Let's get started. Now many of us believe that being productive equals getting a lot of things done. Very this does make sense. The path most take most people take to getting lots of things done is through multitasking.

Now you might be listening to this podcast while maybe reading another article exercising, making dinner, or maybe even watching the evening news in the background. Multitasking has been an area of great interest to me, especially since I've been trying to juggle family work and study at the same time. And I know you have a lot to juggle too. Now back in the day before we constructing my morning routine, which is another topic altogether. My days to start something like this. Wake up check phone, Facebook, a little tweet, we do pray, check emails or running down the stairs, breakfast, maybe return a call while I'm eating my breakfast. We'd like latest articles, while I'm on the phone

does someone drive to drive to work or uni while I don't know talking to someone or something, gets a class listen to my lecture while Facebooking or while on Tumblr or maybe making a shopping list. I get home it'd be the same chaotic mess, go to sleep, wake up the next day and repeat this crazy hectic routine that I had now. We live in a rapidly changing world. And our attention is demanded by countless avenues. Family work, social media, even our own self growth and interactions with the world. The world thrives in growth. And you and I and my friend needs to keep up of pace drowning in the onslaught of information that needs to be absorbed. Looking back at when I was an avid

multitasker, it did feel like I was getting a lot done. But it was just so chaotic. And at the end of the day, my quality of work was suffering because of my lack of time management. Something had to give I knew it. I kept thinking to myself, where am I going wrong? Maybe I'm not doing enough at once. After doing a lot of research on the topic of multitasking. To my amazement, I found that there was much evidence to suggest that focusing on one thing at a time creates more productivity than doing multiple things together. Matt McInnes, author of the book resilience compares multitasking to drunk driving. And I'm going to tell you why many of us think that multitasking is

the best way to get through the through the demands of the day. But in reality, this is a myth. And I'm going to give you three reasons why you should stop multitasking and focus on one thing at a time. Reason number one, there's no such thing as multitasking, what you're actually doing is called rapid task switching. Now your brain naturally focuses on things in a sequence, paying attention to things one at a time. Now this may sound absurd because caught we walk and talk chew gum while driving or read and breathe at the same time. Well, the answer is yes to some level, your brain can do several things at one time. But these things do not require attention, breathing, eating and

things along these lines. A Hamidullah God has blessed us with the ability to do these things without thought. So they therefore do not fall into the category of attention based tasks. JOHN Medina, a molecular biologist in his book brain rules, writes, quote, to put it bluntly, research shows that we can multitask. We are biologically incapable of processing attention rich inputs simultaneously and

Quote, the fact is we can only concentrate on one thing at a time. And when when you think you're multitasking, what you're actually doing is switching between tasks, you perform one task while doing another without thought or focus. Within number two, you are actually wasting time. This may sound really weird. Now Reason number two flows on from the first, when you're trying to multitask what you're actually doing is rapid task switching. As I mentioned earlier, we all know how multitasking on the road for example, talking or texting while driving is almost equivalent as being drunk and driving. Other research by john Medina in his book brain rules shows that people who are

interrupted during a task to attend to another task and engage in it and engage in this switching behavior take up to 50% longer to accomplish a task and also they make up to 50% more areas while working. The New York Times recently reported that quote, in a recent study, a group of my Microsoft workers took on average 15 minutes to return to serious mental tasks, like writing reports or computer card after responding to to an incoming email or instant messages. They straight off to reply to other messages or browse news, sports or entertainment websites. The products of productivity lost by overtaxed multitaskers cannot be measured precisely, but it is probably a lot.

Jonathan B Spira, Chief analyst at a business research firm, estimates of the cost of interruptions that American economy are nearly 650 billion a year, and quote,

now $650 billion is a lot of money to be spent almost time. Next time you are tempted to jump on Facebook or writing an essay or at work. Think about the loss of productivity that you may be incurring, as well as the loss of money two.

Reason number three, you won't remember anything anyway. Yes, you may feel like you're getting the task at hand done. But secondly, a short term memory can only store between five and nine things at once. Do you remember what I said at the beginning of the podcast? Probably not. I said that you may be listening to this podcast or reading another article making dinner or watching some news. And the truth is you make a dinner cooked, but I doubt you remember anything of this podcast, and the article you're reading or any of the news in the back when you're trying to accomplish two separate tasks that require brainpower, consideration and attention, your multitasking becomes undone, our

brains are not able to simultaneously include separate streams of information at the same time, and store them in your short term memory. And when information doesn't make it to your short term memory, it can't be transferred to long term memory for later use. Now, presumably you want to learn something from this podcast, or the article that you're skimming at the same time. But when you are multitasking, you're hindering yourself from fully understanding what you're trying to process. And therefore, you might have to go back and reread the article or re listen to this podcast to get it again, and remember a little of it, and thus, time is wasted, you have just become less efficient.

While researching for this podcast, I came across this great article by Douglas Merrill in Forbes talking about this exact topic of multitasking. And he shares a story. Quote, when I was at Google, I attended a lot of meetings in which others had their laptops open. It wasn't that these people didn't care about what was being said. It's just that they had, it's just that they had lots of other things to do. And juggling several tasks at once seemed like a good idea. It wasn't Soon it became clear that many people were missing important stuff in meetings, they weren't paying attention to what was going on around them because their brains were otherwise occupied. So the

information shared in meetings never had a chance to break into their short term memory banks. Barely student it became clear that having laptops in meetings, lowering productivity instead of raising it, so we declared some meetings, no laptop zones, and quote, so that just goes to show that even people at Google suffer from the wrath of multitasking. So let me just recap those three reasons. Reason number one, multitasking doesn't exist. Isn't number two, you're actually wasting time. And Reason number three, you won't remember anything anyway. Multitasking makes you less efficient. Presumably if you're trying to learn they have a three reasons why you should put the

brakes on multitasking and do things that require attention one at a time. Not only will it make you more concise and add quality, but you'll also save time this way. Now as usual, you can find all the links and resources mentioned in this episode in our show notes and Muslim attackers.com forward slash

21 that's the number 21. And if you want to get really geeky, I've also linked to an article written by the American Psychological Association on task switching, which sums up current literature on the topic beautifully enough for a shout out. Today shout out goes to all this news in Nottingham, United Kingdom. It's always a pleasure to know that somewhere in the world this someone tuning into Muslim left is so hey guys. Alright, that's all for today friends. Until next time, aim high take action and be awesome.