We need our own curriculum 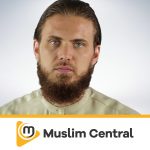 Gabriel Al Romaani, the co-founder of ICRAA.org, was born in Romania to a Christian family. He Migrated to Canada in 1998 where he undertook his secondary education. After studying Islam for some years, he converted in 2003. He is a student of Mishkah University of North America where he is pursuing his Bachelors in Islamic Studies. Earlier he graduated with a double major in Biology and Psychology and has also graduated from Faculty of Education in Canada. He studied Islam with various well known scholars and has been active in da’wah for nine years. He has appeared on different TV shows such as Iqra TV, Huda TV, Sharjah TV and The Deen Show. He is the author of one book entitled Journal of A New Muslim, and many published articles. He delivers Friday Sermons in Dubai and is very active on Social Media, explaining Islam to people. He lives in the UAE with his family and works as a teacher.